Skip to content
This last post (about the article in Hamodia) reminded me about something I had wanted to write about. In the past few months, I’ve been speaking to a lot of people at a lot of different Jewish organizations about my ideas and plans. It might just be my charm and good looks, but almost everyone I’ve spoken to has been really enthusiastic and excited about the prospects. Over one 24-hour period in particular, I happened to meet with and speak to both Rabbi Yitzchok Lowenbraun, the National Director of the Association of Jewish Outreach Professionals, as well as Julie Schoenfeld, the Executive Vice President of the (Conservative) Rabbinical Assembly of America (try and goes who is who). 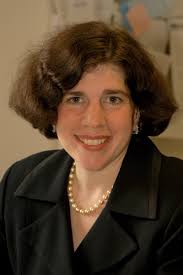 What was amazing is that even as one is a black-hatted, bearded ultra-Orthodox rabbi and the other is a head-uncovered, pants-wearing, Conservative rabbi, they were both really excited to hear what I had to say and were more than willing to help me out. They were very supportive of what I was doing and, interestingly, they both wanted to know if I was involving people from their circles – chareidi kiruv rabbis and Conservative kids, respectively – and after hearing that I wasn’t, wanted to know why not. (Answers: I tried to speak to the kiruv rabbis on campus, but they weren’t so excited to hear what I had to say, presumably because they didn’t think I had what to authentically share with other Jews. I think now that I’ve had some success, they’ve had to change their minds a bit. I’ve also tried to spread this message to Jews of other denominations, particularly because they often know the most unaffiliated Jews, but I think it’s hard for people to share this passion and love for Judaism, when they don’t have it themselves. Obviously this is not universally true, and to assume so would be to make the same mistake the chareidi rabbis might make, but I think it is unfortunately true for the most part. I mean, I’m not demanding strict compliance to halacha and agreement to all areas of hashkafa, but if one doesn’t keep Shabbat or kosher, or believe in God and His Torah, what kind of Jewish experience can I expect them to share?)

This relates to one of the issues I’m beginning to face, as I’m trying to spread out while still ensuring true idealism amongst those spreading this message. One of the unfortunate phenomenons I’ve seen is that often (although not always), people’s religious commitment to Judaism and the number of their unaffiliated Jewish friends are inversely proportional. So the solution is that religious kids should meet and befriend more nonreligious Jews, and the nonreligious Jews should be more committed – which I guess is the goal of this whole thing…

Last story: when I began to tell R’ Lowenbraun what I was doing, he quickly asked me what I was doing February 15th. After I told him I thought I was free, he asked me if I wanted to speak at his (AJOP’s) convention. Then, when some other big kiruv rabbi sitting with us said “Hey, you can’t plan business on Shabbos”, R’ Lowenbraun responded: “This isn’t business, this is saving lives!”