A popular T-shirt on (the University of) Penn(sylvania)â€™s campus bears the slogan, â€œNot Penn Stateâ€ differentiating the two similarly named universities. Yet, for all the academic and social differences that the schools have, they share more than just a state and a name; they each boast a significant Jewish population. However, the strengths of the Jewish communities are not proportional, as Pennâ€™s community is among the most vibrant in the country and Penn State has a growing, but struggling, traditional community. Through the collaborative effort of Penn State law professor Rabbi David Flatto, graduate student Daniel Halpern, the aforementioned AJOP national director Rabbi Lowenbraun, and myself, the idea to bridge the two communities was conceived. After much planning, a shabbaton was arranged and on April 24, two carloads of enthusiastic Jewish students from Penn set out on the 4+ hour journey across the state.

Arriving just before Shabbat, the nine Penn students met up with the Penn State contingency (over 25 people) for a spiritual, song-filled, and uplifting Kabbalat Shabbat at Hillel â€“ in what were the first traditional Orthodox services ever held there. Davening was followed by a wonderful meal together with Penn Stateâ€™s entire Jewish community (around 75 people), capped off by an oneg and lively discussion on Jewish identity. The two groups, now merged as one, then proceeded to the Halpern’ home, for a festive tisch that lasted until 2 in the morning and ended only when the lights turned off. Shabbat day began with a wonderful Shacharit and lunch at the Chabad house and the afternoon was spent relaxing together, learning bâ€™chavruta, and a fascinating shiur by Rabbi Flatto. Towards the end of Shabbat, over a beautiful seudat shlishit at the Halperns’, the students went around sharing a thought or a reflection they had. It was amazing to hear students from both schools speak of the Shabbat and of the fellow participants in glowing terms, and state that it was the best Shabbat in recent memory, or in all of college, or ever. After a beautiful havdala ceremony + dancing, the two groups had a tearful goodbye, yearning to stay just a little longer in this oasis of camaraderie, spirituality and friendship that had sprung up over Shabbat. Finally having parted, the two groups have since stayed in touch and have already made plans for next year’s shabbaton, this time with the Penn State kids driving over to Penn’s campus.

In a brief 25 hours, over thirty students from the two schools were able to form a meaningful bond, connecting with fellow Jewish students over the timeless meeting place of Shabbat. From different religious, academic, socioeconomic, and cultural backgrounds, these were all Jewish students, who cared enough to come together and celebrate Judaism and Shabbat together. That’s what made it so easy – it was just regular college kids getting together from Penn and yes, Penn State, only this time it was for a Higher purpose. For the Penn State students, they had the privilege of hosting and receiving such a vibrant mix of religious students for Shabbat; for the Penn students the Shabbat was eye-opening as to the beauty and warmth of a Jewish community around them. As such, the Shabbaton was a huge success, unifying and uplifting all who participated, breaking down barriers and hopefully planting the seeds for continued contact and involvement between the Jewish students of Penn and Penn State. 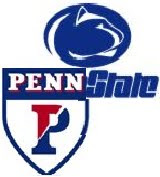